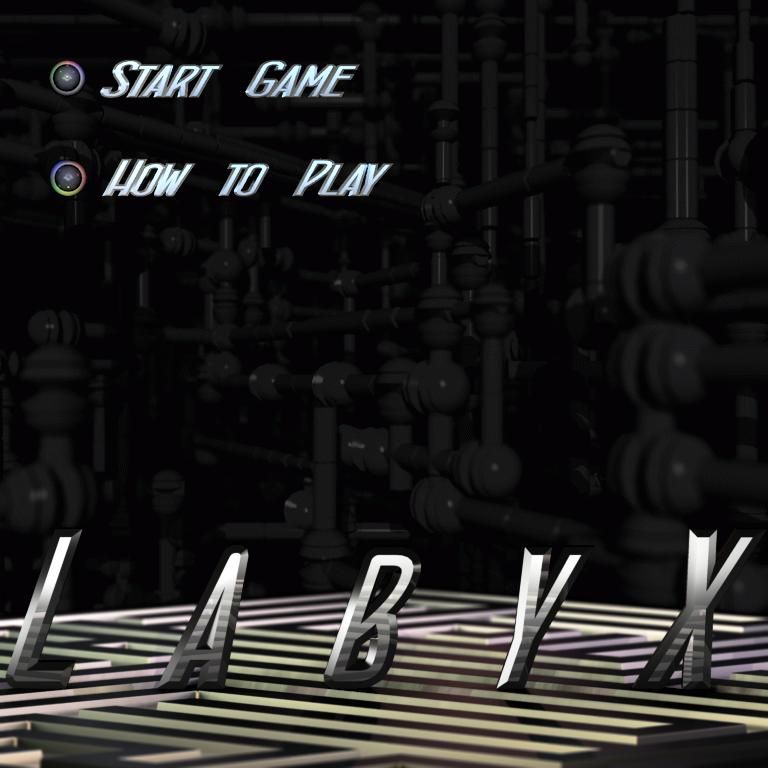 I'm not a credible game conceptor as you are. I've not made a lot of stuff, and generally, it's a cheap result of my amator level. But the GameJolt Jam have been a good way for me to experiment the side of creation. After the great BlackCubeJam, I've tried to participate to another jam, in aim to make something easy, short and in a style I'm not used at all : arcade game.

So, that's it, I've made a "one-level" game of a maze. A simple game in isometric 3D. And, in few days, I've been able to adapt the gameplay according to the comments of the testers, in aim to release a better game experience. It's why it's actually already the 4th update on Gamejolt.

Now, I've got 13 levels (3 packs of 4 and the first level of the 4th pack) completed. Every pack have its own aesthetic, and the chrono will not be the only one ennemy to face ... With complete homemade graphics, programmation and music, I hope that LabyX will be a nice game, with no pretention, but allowing the player to have nice game entertainment. 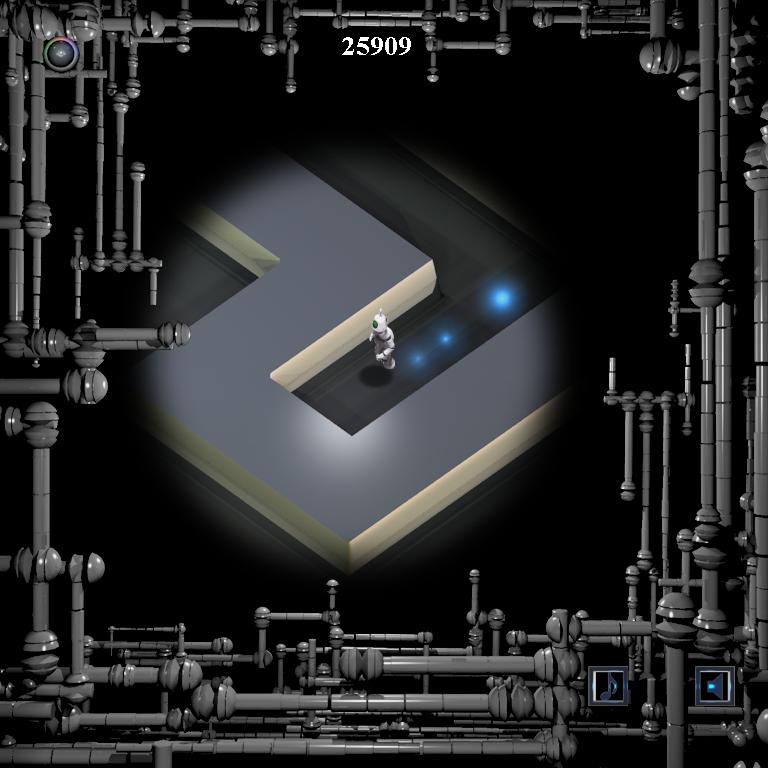 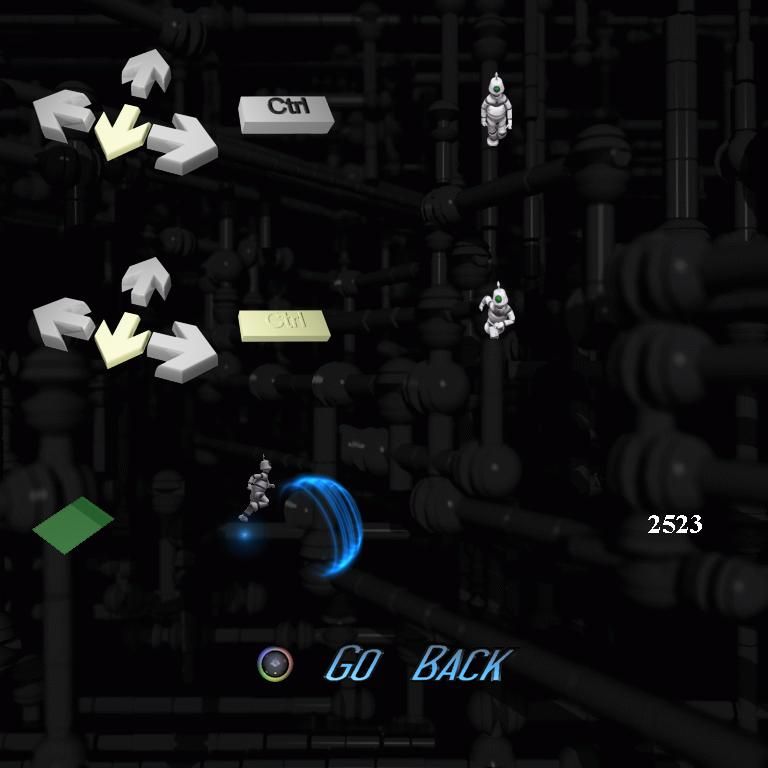 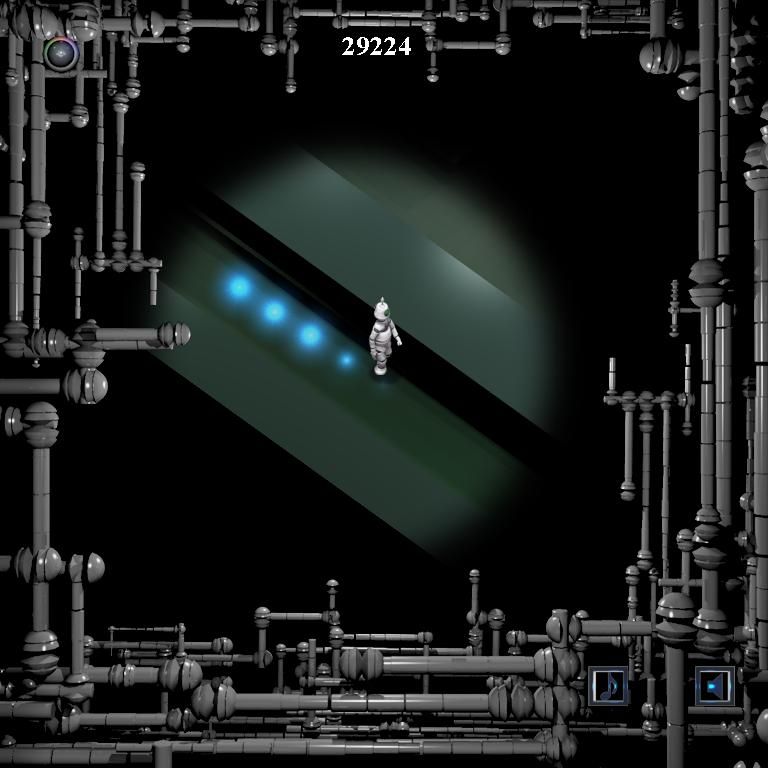 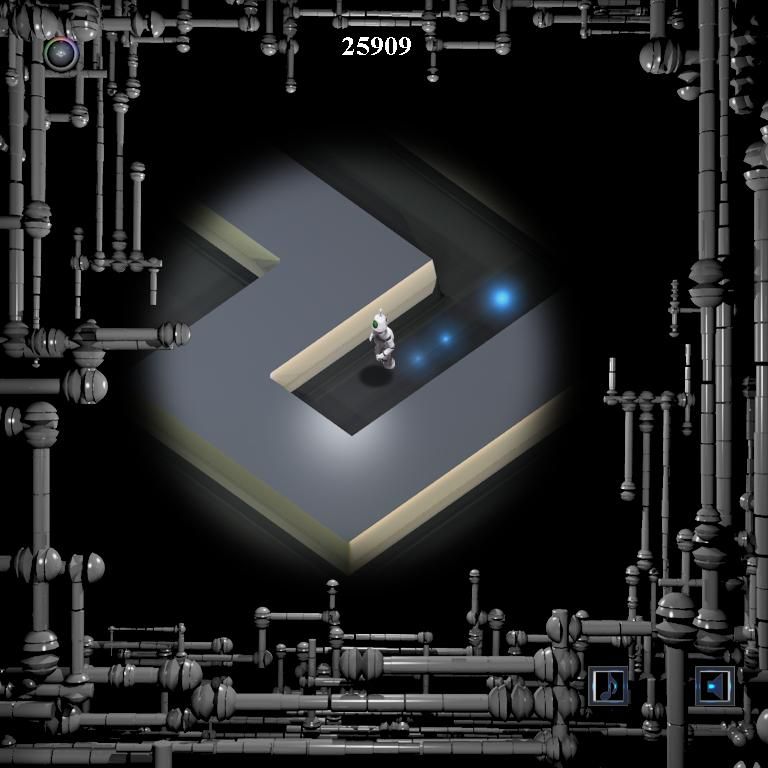 If you want to try this game, you're free to download it directly from the GameJolt Page.

Thanks for introducing the game to us Yaz! Can I move your presentation to the public categories, or are there some aspects of the development that we should only discuss in private?

The game looks really fun however. I like the old-school 2D style (as always, I love old prerender 3d graphics reminding the Super Nintendo and Playstation).

Now downloading the game. I'll try it as soon as I have tried the demo of Green Mirror.

Great work! I love the pipes and the environment of the game

I saw that you had an excellent placement, if I had known I would've voted!
I love the mazes but I don't like the fighting, too stressful and I already know I won't be able to complete even the first level!
But i congratulate you for design and programming that, I know, can be very tough in this type of games

Forgot to mention .... the music is awesome!!

I played the first levels. I lost at level 3, I could never find the exit and my score reached zero

Graphics
Very good, I like them. The small robot has a nice design, and his animation is fine. The metallic aspect of the world is interesting. Globally I like the visuals. As I could say somewhere else, I enjoy Super Nintendo and Playstation old-school style with pre-render 3D, and your game is totally in this style. On top of that you have added quite a lot of small animations (lights, various effects, etc).

Audio
The work on the music is interesting. Not really what I prefer, but still there's a good level of quality. I have only heard 2 musics (menu and in game). I don't know if there are more? I think it was missing a little bit of sound design. It would be a welcome addition.

Gameplay
Very good! I didn't expect it to work as well. I was afraid that the keyboard gameplay would be a little inaccurate, but in fact the robot is following our orders like a charm. The level design of the mazes is good. I am wondering how you think of them, how such mazes are prepared and thought.

Overall
That was a nice experience. I didn't expect such a complete game. You should definetely show more screenshots and a gameplay video on GameJolt, in order to convince of the quality of your game. It deserves some attention!

I think however that there is still place for improvements. The main issue in my opinion is that it can become quickly boring if the gameplay and the levels are not renewed. For example, everytime you lose, do you restart from the beginning with the exact same levels? If yes, you should plan to add additional features to put some spice to the game. For example, you could add bonus items to collect, in order to refill the score. They could appear randomly, or after completing a specific action. I don't know, but it would be helpful. Give the opportunity to the player to have fun with the scoring system, instead of only using it as a death sentence.

What is the software you used to create LabyX? Still the same than you introduced earlier? I'd be happy to try it someday, for my 2D projects, because Visionaire Studio doesn't please me that much when I work on non-traditional gameplay.

Thanks to all of you.
Thanks a lot Simon for trying LabyX ^_^ Already reached the 3rd level ?! Wow !
This game is little hard, yes. You'll have to try, loose, and remember the good path.
It's not as fast as a lot of maze games : here, the maze is fixed, so you can even draw indication/map.

Don't worry for the aesthatics and logics of the levels : if every level in the same pack share the same spirit, avery pack is really different : graphism, music, ennemies, ... a lot of fun ^_^ I'm trying to create a little video of the gameplay, but the result is always pixelisated. The video from fraps is great, but everytime I work with my software (Pinnacle Studio) the video is blurried or pixelisated, even if I render a video uncompressed ...

And my software used to create LabyX is the same I've used for every single of my games/programs : Fusion 2.5. I'm not really good in creating games, but this software is good enough to help me a lot ^_^

Thanks for the details, I find it interesting to know.

I ask again: Can I move this thread to the public categories?

And another question: do you still have a Steam key of Fusion that you don't plan to use? (there was a thread about this)

Yaz, I have only one word: INCREDIBLE!

Your creator spirit is amazing, I have not been able to play yet (I'm downloading), but the images and the concept are gorgeous (and ambitious). Even if the game has been done in a few days for a jam, the better ideas come from this events, I love it!

And... congrats for the prize, I have seen in the comments in the game page (on Game Jolt) that you have won a prize in the jam!

Hop ! A video of the gameplay (in a small resolution : no need to do higher, the quality seams to not be better with Pinnacle14). It will help you to see the difference of the packs of levels.

Perfect video, it makes me want to play again! There are some impressive levels.

Fraps works perfectly for me : its quality is perfect. Just Pinnacle Studio 14 is the problem. I'll have to search another video editing software and let down this old stuff.

We are completly connected : I've downloaded this software this morning and trying now to test it ^_^

EDIT :
So ... no, I'll not use this software. Too complex ! Impossible to do basic operations like select only some parts of a video, change the sound of the videos, ...
I don't want to loose too much time with such complex stuff. I'll search another software instead ^_^

The best could be to use Adobe Premiere of After Effects, or even better Final Cut Pro. However they are not free and hard to learn.

Pinnacle Studio looks like a good option to me. I don't know what it is that you don't like in it?
Another profesional software I've used is Sony Vegas, but it contains many bugs and some limited features.

You could have a look at Wax, or Windows Movie Maker for free softwares.

I love Pinnacle for the interface, the logic, ... but not the render : a lot of codecs are not recognized, and the original video is immediatly changed in its quality when importing. So I've tried to find a wonderful software : the logic/interface/possibilies of Pinnacle, with the render of the best quality possible. And I found it. And it's free ! FREEEEEEEEEEEEE !!!! So, I'm really happy to have test all the softwares I've found (more than 10). The winner is ... Videopad ! And there is french inside ! I can't imagine how I've succeed to live without this software before ! ^_^ There's a bigger version I'll probably pay if this free version brings me all what I want (and seems to already do it).

Oh yes! Of course, I know this soft. It's made by NCH, they have a very good and cheap suite of softwares. I have purchased wavepad from them in the past. I use it everytime I need to modify audio files, it's simple and easy.

Definetely they offer very good tools!
Yes the new version of the trailer of LabyX is better now

I will try to share it tomorrow or soon on FB.

Please support the project by spreading the word!

Yaz, I wish you the best of luck!

I have supported the Kickstarter of Yaz (pledged and shared on socials). Anyone else did? It's only 4€, and you'll get them back if the campaign is not successful. Few to lose, but a lot of help for Yaz!
Spread the word, do something

Thanks! I'll apreciate it too when I'll start the Kickstarter of RealMYHA in a few months!

soon i go supported this project too !
i hope you find more support ! good luck it's not easy