I'm developing a small remake of my very first game made with Adventure Maker around 2007 for the #RemakeJam.

I'm only doing the first level because I don't have time to do more and will be a prototype (walking simulator) with very very simple puzzles and with very little interactivity.

The original game, as I said, was made in 2007 with Adventure Maker (my very first steps as developer, hahaha). I want to keep the original story but changing some things like the title and some puzzles and mechanics since the engine is not the same and my knowledge in programming as you know are poor (Unity is more complex than AM, you know).

The original title was "Devil's Sea" and is based on the legends of this place near Japan (more info here). Unfortunately I have neither the game nor the AM project but I have some images to compare with the remake (see below).

Now the title will be "Lost Island", I think is more friendly and mysterious (but nothing original, hahaha) and as I said the story will be the same:

World War II is in full swing, the different sides struggle without cease. We belong to the Imperial Japanese Army Air Force and we are one of the best pilots, that is why we have been entrusted with a very important mission that can unbalance the balance in favor of the Axis Powers: destroy the Midway Atoll where Americans have a military base.

We go along with our squadron to the atoll when suddenly a thick fog out of nowhere surrounds us leaving us without visibility. The radio stops working and the electrical devices start to go crazy... After a few minutes of panic we lose the consciousness.

When we wake up we are in a strange beach surrounded by mountains that we had never seen...

Well, as you can see the story is nothing original but was my very first game made with AM, what are you waiting?!

I hope to soon publish the page in Itch.io with all the information and on Friday or Saturday publish the prototype. This time I think I will have the game with menu, UI, music and SFX but don't expect too much...

And finally the image comparison (I will publish more in the next days): 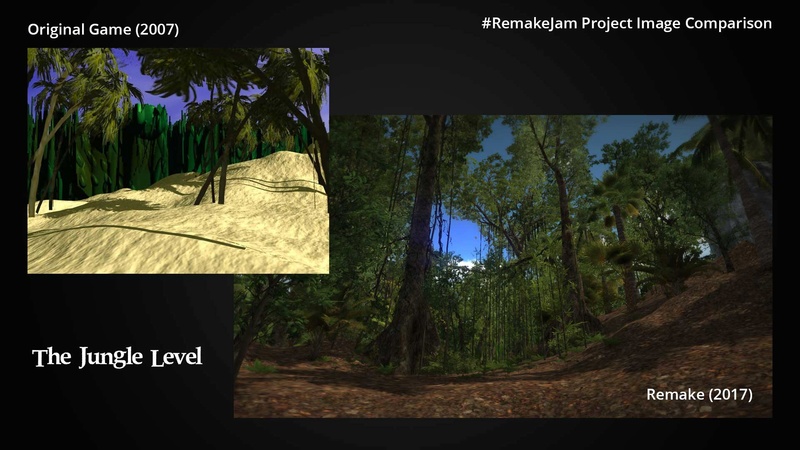 I'm going to add some effects and fog to give a more mysterious atmosphere of course, but this is the definitive design after 5 days working on it.

WOW! It's crazy to see how Unity has brought so many changes to the indie scene in less than 10 years! The new visuals are great as always. I'm impressed by the quality of the trees and forest, they look very detailed and realistic! Congrats Juanjo, and good luck to finish the jam. 3 days left!

Yes, for me Unity meant a giant step in my "developer career"... I think I'm working with this engine (amateur way) for 2 years.

Tomorrow I must have the final version of the prototype because the weekend I have family commitments and I will not be able to work on it (the deadline of the jam is Sunday).

So tomorrow I will publish what I have done (which is enough).

Ok! I'll be happy to discover your first game. I have never played the original version, I don't know what it is.
Have fun!

Ok, I spent all night recovering the Unity project because my computer was blocked (Perhaps because of the extreme heat?)... minutes of panic...

Finally I have been able to recover it but there are things that are not right... so I need to check everything and repair some things...

Always something happens in the jams...

Good luck to all!

Thanks Simon and Roger!

I have managed to fix most of the problems and I think I could publish something playable ... I'm still working...

While I have another image comparing the original project with the remake: 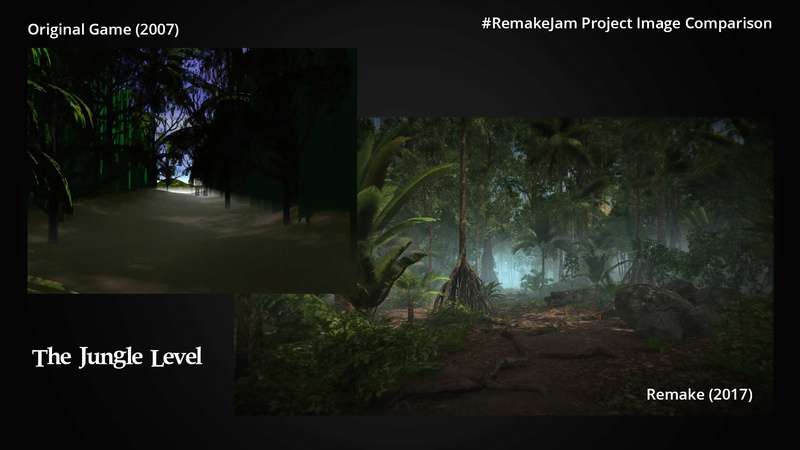 Cool, I remember playing the original. I think I still have it on my old laptop. The new screens look beautiful!

Another comparison image... The ruins. 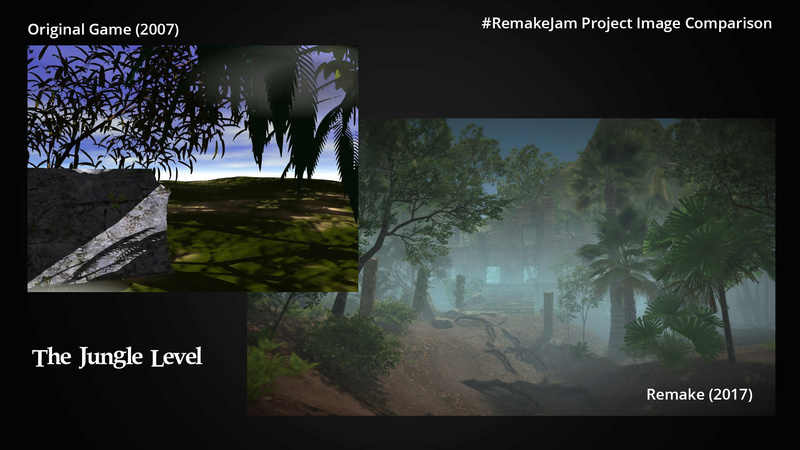 A masterpiece in the making!

I just played it Juanjo. Wow, very impressive!!! So beautiful and peaceful, I could wander around for hours taking it all in

You made it in time! Bravo!
The visuals in game are great, and it's really a true remake that you've done, compared to the original!

WOW! Thanks to all for playing, I have no had time to announce here, hahaha.

The link to the game page (if someone had not seen it yet):
https://blurredgames.itch.io/lost-island

Finally I'm happy with the result, it's a walking simulator with no interactivity but I'm happy.