Hi there, the jam-man is here!

After a complicated development, I have finally managed to finish my entry for the TV Game Jam. It's simple and very short but I'm proud to have finished on time after all the problems I had.

First of all, I want to especially thank Chris (aka Python Blue) for his effort and for his fantastic work with the music, the game won in quality, thank you very much Chris. And of course, thank you all for your support. 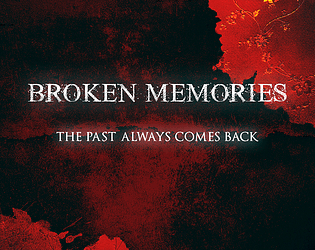 The game is freely inspired by TV series "The Haunting of Hill House".

STORY
The protagonist is William (Will), a young man who is admitted to a psychiatric center due to a trauma suffered in his childhood when he lived with his family in an old mansion.

Will's paranoia centers around a red room in the house. This room could never be opened but Will felt and heard strange things coming from that part of the house. A stormy night something woke him up and he saw semi-open the door of the red room. Since that night, Will has never been the same again.

Now he tries to solve his mental problems in a psychiatric center with the help of professionals, trying to remember what he saw that fateful night.

You can download the game and get more info in the Itch.io page:
https://itch.io/jam/tvgamejam/rate/370866

In this jam you can vote (on the same page of the game), so stay tuned when the voting period opens, and thanks in advance.

And finally I want to say that I would have liked to add more interactive elements and make the game longer, but as I said, due to problems during the development I had to cut many things.

Well, I can't wait to see the reactions... don't be too hard.

Page 2 of 2
Permissions in this forum:
You cannot reply to topics in this forum
Auto translate the forums (google)
Most active topics
Latest topics
» TONBAND STORIES by Raphael
by Juanjo_LS 9th November 2020, 21:11