Game Engine : Unity (Screenshot are curently made with Marmoset Toolbag, but I will export scenes to unity soon)

What is Dwarves Never Die ?
The game consists to oppose 4 players on a game board. The goal ? Be the last survivor by knocking the opponents over the board. A simple attack system to push enemies to right or left. The first player who reaches 3 points, win the game.
Game boards
The game board is surrounded by water, lava or void. A player which fall, is eliminated for the round. Several game boards will be available with cosmetics items to win. 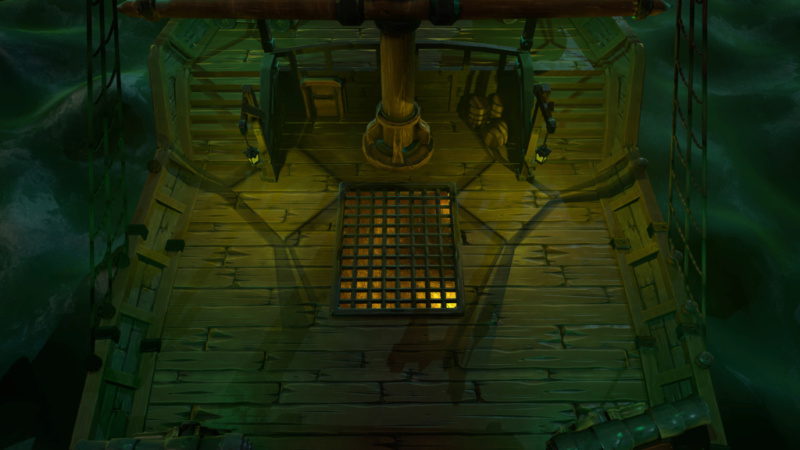 Cursed ship map, maybe for halloween event
Combat system
Players have the possibility to do two different attacks. The "right slash" which push enemies to the left, and the "left slash" which push enemies to the right.
When players start a new game, they doesn't have any weapon, but weapons will spawn randomly on the map with different stats. A sword have a medium attack speed, but a high range and push enemies with a medium power. The axe have a slow attack speed, good range, but push with a high power.
But it will have also some malus item like bomb which push all players in their action range
Rewards
To keep the equality between players, them has no level system there, but the players will be able of winning prizes. This prize are only cosmetic item. To win a cosmetic you need to win a game 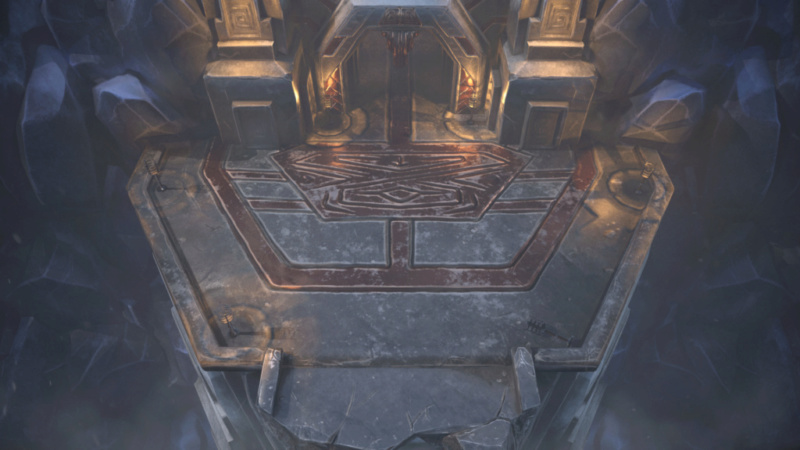 The next map, work in progress
So, if you have any question, I would be happy to answer it

Oh, and this is the sculpt for the map I'm currently working on : 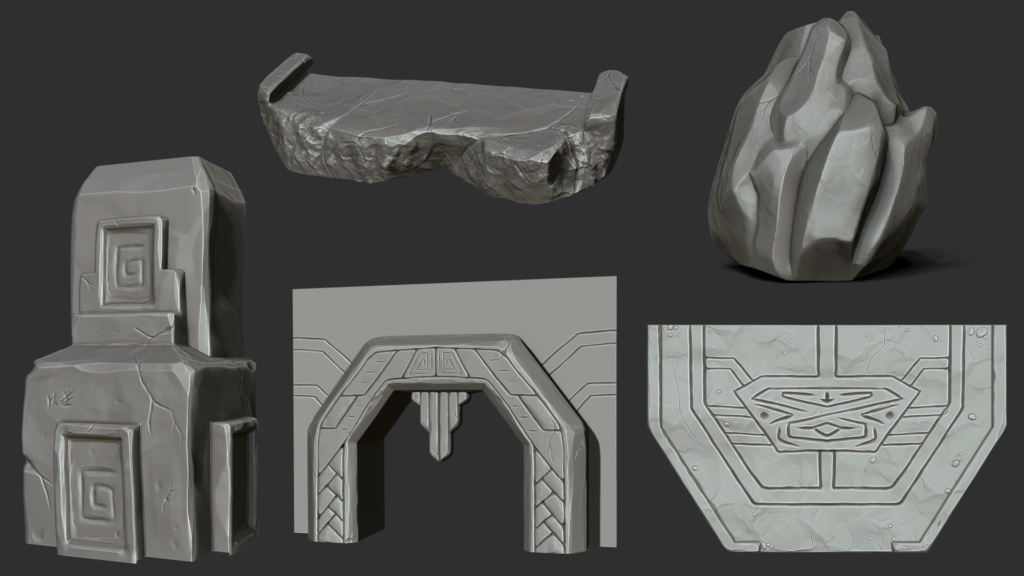 The game looks really nice, and it's multiplayer (wow), this feature is very interesting, I don't know many indie devs that start with a multiplayer project, it's easy with Unity?

The concept sounds very fun and adictive. The mechanics of the combat system is very simple and easy (good idea in my opinion), therefore very accesible for a whole range of people.

The reward system is also very good, do you have plans to create a system of accumulative points and a store so that players can buy items?

And of course, the models looks pretty good!

Mmm... and is this the smaller project? Hahaha, I want to see the medium and big projects!

In any case, you're doing a great work!

It's a kind of mix between Bomberman and Smash Bros so, with a bit of pepper? (your own recipe). They are 2 great games, and your graphics are well done, so it can work!

The next arena is nice too. You are very good in modeling and texturing, really!

You must be quite skilled to make such a game (multiplayer, Unity, etc.). If only I could do that, to create my own games in Unity with such fine environments!

I wish you good luck, I'm afraid I can't help you more than that, but I'll be looking for your progress. If I can be of any support on social networks, marketing or other, please let me know (even though I'm not very good lol)

Thank you for your comments

Yes the mechanics are simple, it's the goal.
For our futur project, we need some money to begin the dev, so yes, there will be a store to buy chest. But you can only buy cosmetic, no powerfull item which will kill the game. And all items you buy will be available for free just by playing.
It's important to us to keep the game Free-To-Play and not Pay-To-Win.

Thank you Simon for your help. In fact we need people like musician to eventualy make a little music for the game

If you can help us to let us know by other people, it would be amazing !

Yes, it's the smallest project that we have...

Ahah yes, even small projects can be ambitious

Yesterday I finally found what your graphics remind me of: Blizzard games! (Warcraft for example). Well done!

Regarding the music, I'm sure we can help you. There are at least 2 music composers around here on the forums: Python Blue and Yazorius. And the others are fans of music too (Roger and Josiah particularly).

It would be kind of they if can they help me, realy

Yes, for graphisme I have take some references of Heroes of the Storm

Yazorius leaves in Bordeaux like you, so I will tell him about your project. He was involved in game jams several times and he's very passionate about music and game creation. Maybe you've heard of him already?
https://gamejolt.com/@Yazorius
We've recently done a small free game named Kitrinos together (a 2d point and click like Myst). I encourage you to give it a try to see what you think of the music

Both Yaz and Python Blue are talented, but they have different tastes and create different music, so it's up to you to see who you prefer for your project

Let me know and I'll ask them to come on the forums if they miss this thread.

Both of they are realy talented, with different music style. First, thank you to help us in this project, I appreciate

Secondly, for the game theme, I think Yazorius's music can easily match thanks to the instrument.

Thank you again for help

Hello ! I'm here ! Thanks to Simon who wrote me an email to warn me ^_^
So if you need a composer, Dalkar, I'm obviously available for your project.
You can contact me on my email yazorius(at)hotmail.com
And we'll be pleased to talk about music directly in french ^_^

Hello Yazorius ! You're here ! Thanks for your purpose, I write you soon

Thank you Simon to talking about our project

Hey Dalkar, any news of how the project is going?

Hey ! I’ve been quite busy with the ArtStation, so I will work on the project after that

What is the link to your artstation? (maybe you shared it already?)

I think I’ve already post it, but no worries

Here is the link https://www.artstation.com/contests/feudal-japan/challenges/51/submissions/33345#discussion-post-109302